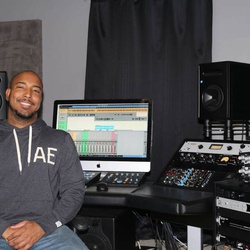 Czar was born in Nashville, but got his musical roots while being raised in Memphis. He worked for a few studios in Memphis as well as owning his own recording studio called the Kremlin. In 2000 Czar founded Throneholder Productions, a production company for hip-hop, R&B, pop, and dance music. After years of producing independent artist, Czar later returned to Nashville to pursue a BA in audio production from the Art Institute of Tennessee Nashville, which he received with honors. During school he began to focus on engineering and mixing, which is where he finds most of his work since moving to Nashville.

Audio Engineering: Mixing With Studio One by Audio Czar US $19.97
all Skill levels
1h 39m
7 lessons

Audio Engineering: All About Compression by Audio Czar US $19.97
expert
2h 41m
22 lessons

Audio Engineering: All About Microphones by Audio Czar US $19.97
all Skill levels
29m
11 lessons