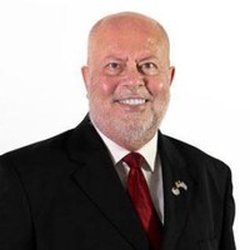 Paul Rogers qualified as a teacher in the early 1970s and taught in the UK state system for nearly ten years. He then moved overseas and into adult education, dealing with a variety of tertiary education and training institutes such as Universities, Military Training Colleges and Vocational Education training providers, in both the public and private sectors.

He took a UK M.Sc. degree in the mid 1980s, a US Doctorate in the early 90s and has presented papers on subjects as diverse as teacher training, online learning and modern assessment methodology at various prestigious conferences around the world. In 2015, he was elected a Fellow of the Royal Society of Arts (RSA). He is also a Fellow of the Chartered College of Teaching in London.

He has written teacher training programs for Aston University and has worked closely with both Leeds and Southampton Universities in the UK, as well as the RAND Corporation (Education Division) in the USA, when he was Program Manager for Initial Teacher Training in the Gulf state of Qatar. He has worked with British Aerospace in Saudi Arabia, the Centre for British Teachers in Oman and Qatar and was Regional Business Manager for EDI (LCCI International Qualifications) in Cyprus and the Middle East. He has been an a member of IATEFL, TESOL and TESOL Arabia as well as being a committed Rotarian. For three years, he worked for the Academic Curriculum and Testing Unit of Saudi Aramco. Most recently, he was Headmaster of Kolej Yayasan UEM, Malaysia’s premier A-level college.

Improve Your Writing Skills by Paul Rogers US $19.97
all Skill levels
45m
5 lessons

The Novels of Charles Dickens by Paul Rogers US $19.97
all Skill levels
59m
6 lessons

Psychology: An Introduction to Freud and Jung by Paul Rogers US $19.97
all Skill levels
46m
5 lessons